4 Tech Trends to Watch Out for this NFL Season 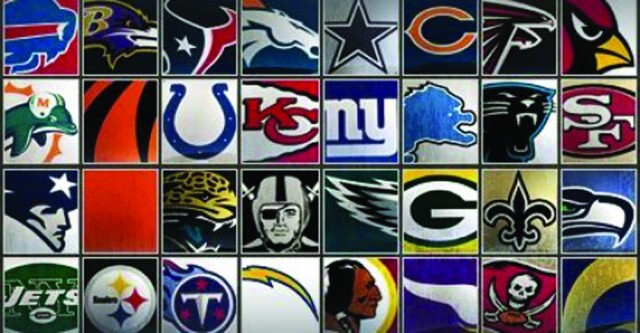 September ushers in the start of fall, the return to school, and maybe most importantly for sports fans: the kickoff to the NFL season.

For NFL kickoff, the focus is no doubt the action on the field, but the start of the season also creates an opportunity for one of the most popular sports leagues to showcase some of the latest technology trends in the industry.

With that, let’s explore four technology and digital trends to watch out for this NFL season.

The first trend on our list isn’t specific to technology, but it’s impact on the sports industry is so strong it effects a cross-section of strategic elements. After the 2018 US Supreme Court decision struck down the federal ban on legal sports betting, several states passed legislation to legalize sports betting.  Fast forward to 2022, and 22 states have legal and regulated sports betting in some capacity with several more in process.

The ramifications of legal sports betting in the NFL are diverse, far-reaching and lucrative.  Sports betting creates another vehicle to drive fan engagement, and digital is a key part of that equation.  American Gaming Association estimated a record 45.2 million Americans wagered on the 2021 NFL season, 19.5 million placing a bet online.  In-person touchpoints and physical spaces factor in too, with more NFL stadiums opening sponsored sports betting lounges for game day.  The NFL has suggested it could see $1 billion a year from its deals with sports betting companies by end of the decade.  If the NFL and its teams hope to fully optimize the opportunity of legal sports betting, digital transformation and the technology infrastructure behind it will be critical to enabling it to the full extent.

Adoption of Touchless Transactions and Concessions

Already a growing trend, COVID-19 only accelerated the demand and adoption of touchless transactions in sports venues to help deliver a safer fan experience.  At the core, a touchless transaction essentially shifts what was once a physical exchange into a digital one; the applications of these use cases continue to grow, including across the NFL.

Last season the NFL said goodbye to physical tickets, enforcing a League-wide digital ticket policy to reduce person-to-person contact. But the advantages of mobile tickets extend well beyond health and safety.  The NFL can better track secondary market ticket sales, communicate with fans directly, know who’s in the seats, and use it as another advertising platform; for fans, it offers more convenience, alleviates friction points, and nearly eliminates risk of ticket fraud.  Concessions are also experiencing a shift toward touchless.  Prior to the season the Seattle Seahawks announced a partnership with Amazon to deliver the company’s checkout-free technology, ‘Just Walk Out,’ to Lumen Field.  The implementation is coupled with Amazon One’s palm-scanning technology for entry and payment.  MetLife Stadium, home to the New York Giants and Jets, announced the launch of mobile ordering at all home games this season with partner ASAP.  The service will be integrated into each team’s mobile app.  These are just a few examples of how touchless transactions will continue to evolve and enhance the NFL fan experience.

Advancement and Utilization of Data Analytics

Sports leagues and their venues are often a microcosm of the world we live in today: digitized, hyper-connected, and data driven.  The NFL isn’t unique in that way.  Access to data analytics, where they’re sourced from, how they’re utilized and the outcomes they deliver continue to advance and evolve.

On the field, the NFL’s Next Gen Stats initiative works with Zebra Technologies and Amazon Web Services to track, collect, and aggregate advanced player performance metrics via RFID tags in player pads.  This data is used by NFL coaching and scouting personnel, but the advent of legal sports betting and the vast popularity of fantasy football has driven fan interest in the data too.  To the point where the Next Gen Stats team regularly publicizes advanced metrics to monitor throughout NFL season, and incorporates Next Gen Stats into NFL broadcasts.  Analytics are just as valuable to the NFL off the field too: they can be used to learn more about their fans, deliver more personalized engagements, and overall deliver an elevated experience – in the stadium and outside of it.  One way the NFL collects valuable cross-functional data is from in-stadium Wi-Fi, a vital technology we know only grows in usage each NFL season and at each Super Bowl.  Stadium connectivity is critical for fans and the business, but the actionable insights derived from Wi-Fi/IT infrastructure can be used to ensure a quality mobile experience, understand digital/application behaviors of fans, and create more operational efficiencies.  Analytics like these are central to the NFL’s all-encompassing data warehouse, which spans across ticketing, retail, gaming, and much more.

Virtual reality and augmented reality, sometimes referred to as mixed reality, are still emerging technologies in the sports industry and the NFL itself.  That doesn’t mean the League and its teams aren’t trialing innovative ways to use AR/VR.

These technologies offer exiting opportunities to provide creative, differentiated, captivating experiences for fans.  Two NFL teams, the Baltimore Ravens and Carolina Panthers, have previously teamed up with The Famous Group to use mixed and augmented reality technologies for an enhanced broadcast and gameday activation.  At last season’s home opener, the Panthers debuted its mixed reality mascot, a massive black panther who was depicted jumping around the stadium and even onto the field before kick-off.  The NFL is also deploying virtual reality into esports and video games; this spring the League announced NFL Pro Era, the first NFL-licensed fully VR football game using the Meta platform, that gives a first-hand gameplay experience; players can see what it’s like to be on the field as an NFL quarterback, throwing passes to receivers.  Mixed and virtual reality may still be relatively nascent, but we will certainly see more and more use cases of the technologies this NFL season and beyond.