IoT Doesn’t Have to be Synonymous with Poor Security 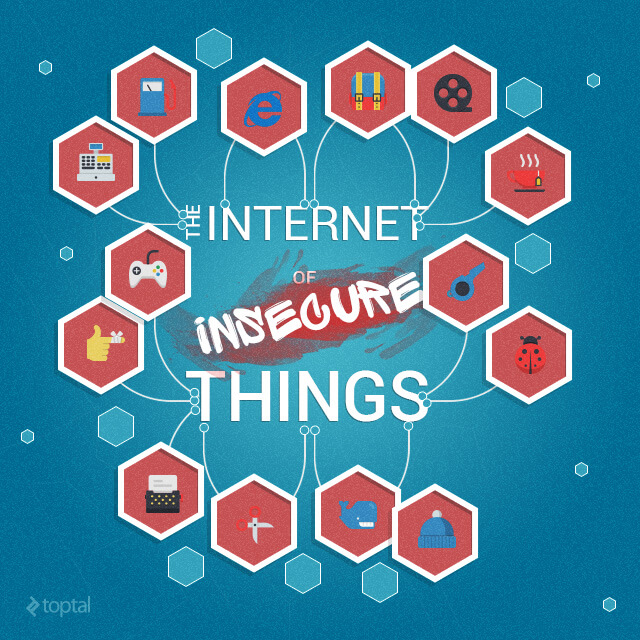 IoT — a buzzword that encompasses almost every product connected to the internet or to each other. It’s become a broad term, used to probably describe any device or product that requires a connection to an office network, home or car to deliver the entirety of its feature set.

To begin, all things IoT collect and share data with their manufacturers without user awareness. In several cases, product functions depend on their connectivity to the internet, being controlled to a great degree by their manufacturer even. Simply put, the internet of things is a concept that enables the interconnection of components of our increasingly complicated lives with external and internal software applications.

Gartner expects the number of internet-connected devices to rocket to about 25 billion by 2020. And while it is a step in the positive direction toward improving many lives, the number of security risks associated with the increase in number of devices is also something to look out for. There is cause for concern with regards to privacy as well, with most stakeholders being unaware of the situation.

In recent times, IoT devices have come under immense scrutiny over several vulnerabilities and poor security controls. Here are some of the common problems:

Why the IoT security concern?

With the world progressing toward connectedness, companies in the technology ecosystem also appear to be rushing electronic and electrical devices to the market, adding features that require connection to the internet. In this race, however, companies that likely have zero experience with networked devices are bound to overlook the complications involved around software and hardware security design and construction.

Why does this happen? It mostly involves getting the coolest, newest function out first — working at the lowest possible cost.

For example, inexpensive old chips with archaic designs are attractive building blocks for devices that require merely limited capacities or capabilities. Software testing is rendered down to the goal of simply confirming its functionality and ease of setup, mostly with default selections and passwords. What this implies is that cybersecurity, as important as it is with cyberthreats, is an afterthought at best.

It frightens the mind to think about it. Hardware chipsets used in most new products are old with multiple known vulnerabilities. Software integrated into said devices rarely receives any form of in-depth security testing. This equates to potentially tens of thousands, and perhaps hundreds of millions in the near future, of devices being installed into businesses and homes ripe for hijacking, worldwide.

Vulnerabilities, once discovered in a widely distributed service or product line, leave hundreds of thousands of businesses and homes open to view and attack.

A Solution for Vulnerable Endpoints

Extreme Defender for IoT (formally Extreme Surge) is a unique, award-winning solution, that delivers security for end points which have limited or even no embedded security capabilities.  It is especially targeted to aging wired devices; especially medical devices, that need to roam around a room, a building or even a campus.

It works with a customer’s existing security infrastructure (NAC, firewalls, etc.) to provide multilayered security directly at the IoT device.  And it can be deployed over any network infrastructure to enable secure IoT management without significant network changes. Defender for IoT secures medical and other connected devices in a couple of ways:

Want to learn more about Extreme Defender for IoT?

In addition to learning about Extreme’s new Defender for IoT and Wifi6, we’ll enjoy some great food, taste some amazing beers and learn more about Southern Tier’s offerings through a beer flight hosted by Southern Tier’s head brewer, Jason Comeaux. Plus, the first 15 people will get a 64-ounce growler to fill with your favorite Southern Tier beer to take home.